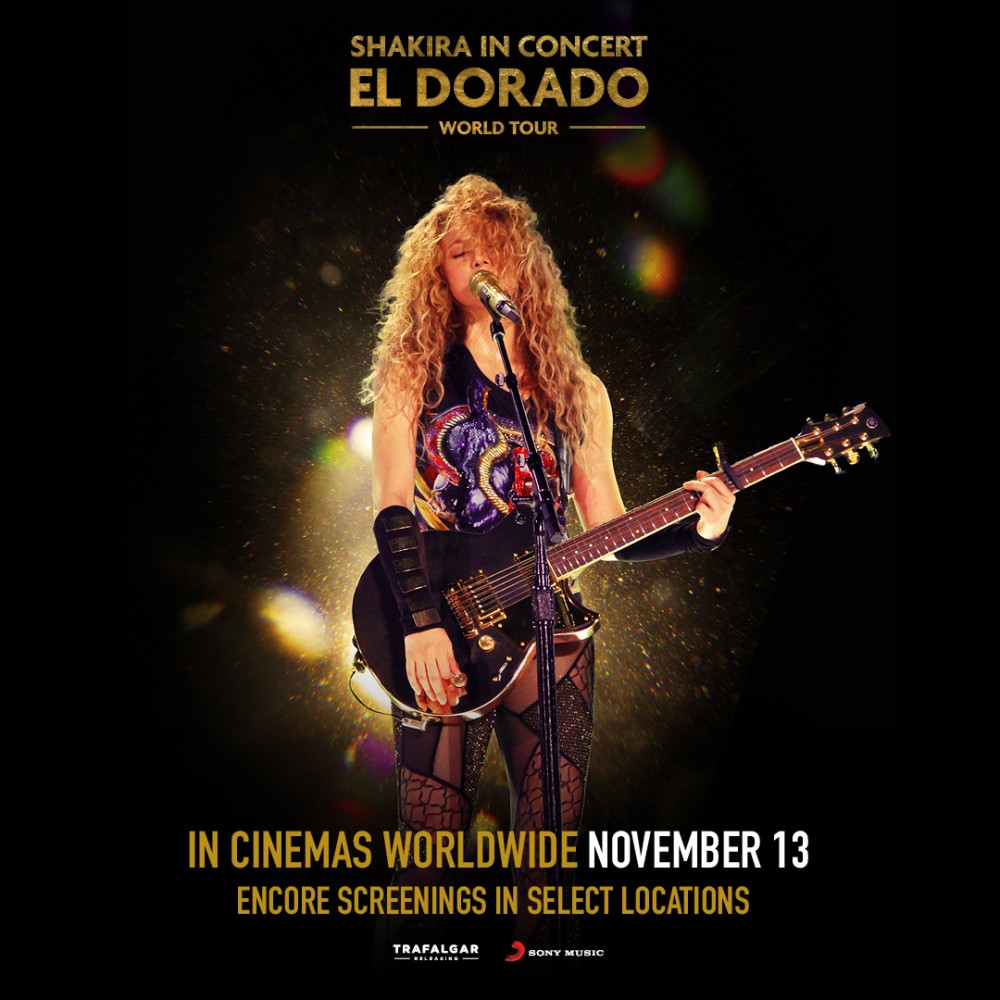 We're excited to announce that, on November 13, Shakira In Concert: El Dorado World Tour will be showing in cinemas worldwide for a special one-night event. The film is due to be screened in more than 2000 theaters in over 60 countries, with encore screenings planned in select locations. Find your nearest screening and book tickets now at Shakira.Film.

Directed by Shakira and James Merryman, the film relives the thrilling El Dorado World Tour show on the big screen and, through documentary footage and Shakira’s own words, highlights what it took to bring the career-highlight show to 22 countries and nearly a million fans, after having to postpone the entire tour due to a vocal cord injury in November 2017.

The stunning concert footage was predominantly filmed at Shakira's triumphant Los Angeles show a year ago today, with further scenes shot throughout the US, Europe and Latin America.

Said Shakira: “This was one of the most memorable tours of my career. After I recovered my voice, my fans inspired me to get back onstage as they always do, and it’s pretty surreal to be reliving it with them now in over 60 countries in theaters throughout the world. I know they’ve been asking on my socials for this concert film and now it’s finally ready, so I hope it will be something to remember both for me and all those who have supported me throughout the years.”