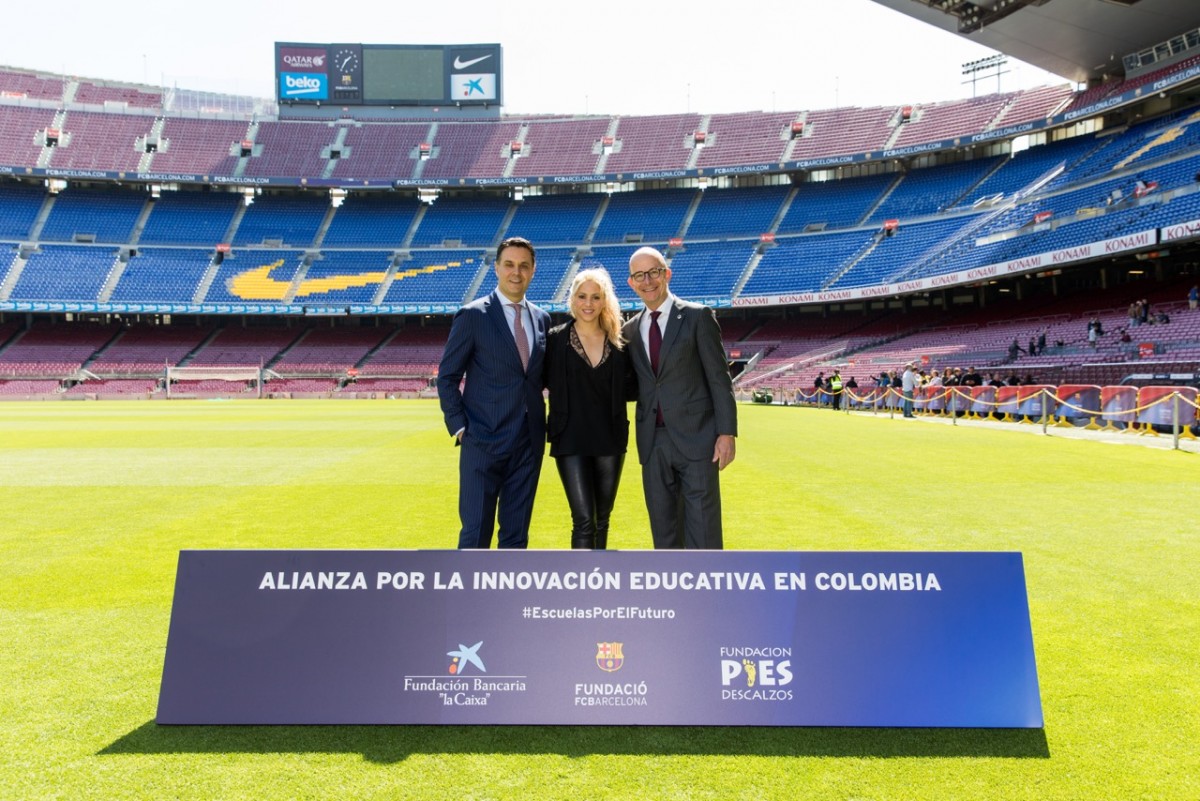 Multi-platinum global artist and advocate Shakira, Jordi Cardoner - Vice President of FC Barcelona and its Foundation, and Xavier Bertolin, Educational Director of the "La Caixa” Banking Foundation announced today a project to build the Foundation Pies Descalzos's seventh school in Colombia, as part of a joint partnership with the ”la Caixa” Banking Foundation and the FC Barcelona Foundation, who have had a partnership in place for the past eight years to promote innovative education based on personal values and competencies.

The Institución Educativa Fundación Pies Descalzos Nuevo Bosque will be built in one of the most conflict-ridden districts in Barranquilla, El Bosque (in 2016, 25.7% of its population lived below the poverty line). The doors of this new educational institution are scheduled to open in two years. The Colombian Ministry of Education and the City of Barranquilla are also indispensable partners in this project presented today, with a contribution of the remaining funds that will be used to build the school.


“In this community that we want to help, 20% of the children suffer from chronic malnutrition,” said Shakira during the press conference, where she also explained why sports are such an important tool for healthy physical and psychosocial development. “Most countries in conflict zones do not have programs focused on sports and we know that physical activity is extraordinary for transmitting values, which is crucial to our work in education.” The singer, who founded Fundación Pies Descalzos, also mentioned that “when we started to build schools in Colombia 20 years ago, we chose remote areas where there was absolutely nothing at all - no infrastructure, roads or even potable water. We built schools where the government was absent and thousands of children didn't have access to quality education. The transformation was immediate - jobs were generated, malnutrition plummeted and the students responded well academically." She concluded by saying that “Investing in education, when it works, is the best strategy to eradicate poverty. Thanks to Barça we have already been able to build football pitches in Barranquilla and Cartagena. I was born and raised in a Colombia in conflict. To see how lives are being transformed instead of being trapped in a continual cycle of poverty is liberating. It shows that there is a way out".


FC Barcelona and "La Caixa” Banking Foundation will contribute 1.2 million euros to this project, while two of their top educational projects with the greatest impact will also be implemented in the new school. Through Futbolnet, a program which uses sports to transmit values, "Now is an important time for Colombia and its peace process and we want to contribute something in our own way on behalf of FC Barcelona”, said Jordi Cardoner. This is also the second collaboration for Pies Descalzos with “La Caixa” Bank Foundation after they agreed last year to promote the Young Entrepeneurs Program in four schools in Colombia in which more than 500 students participated.